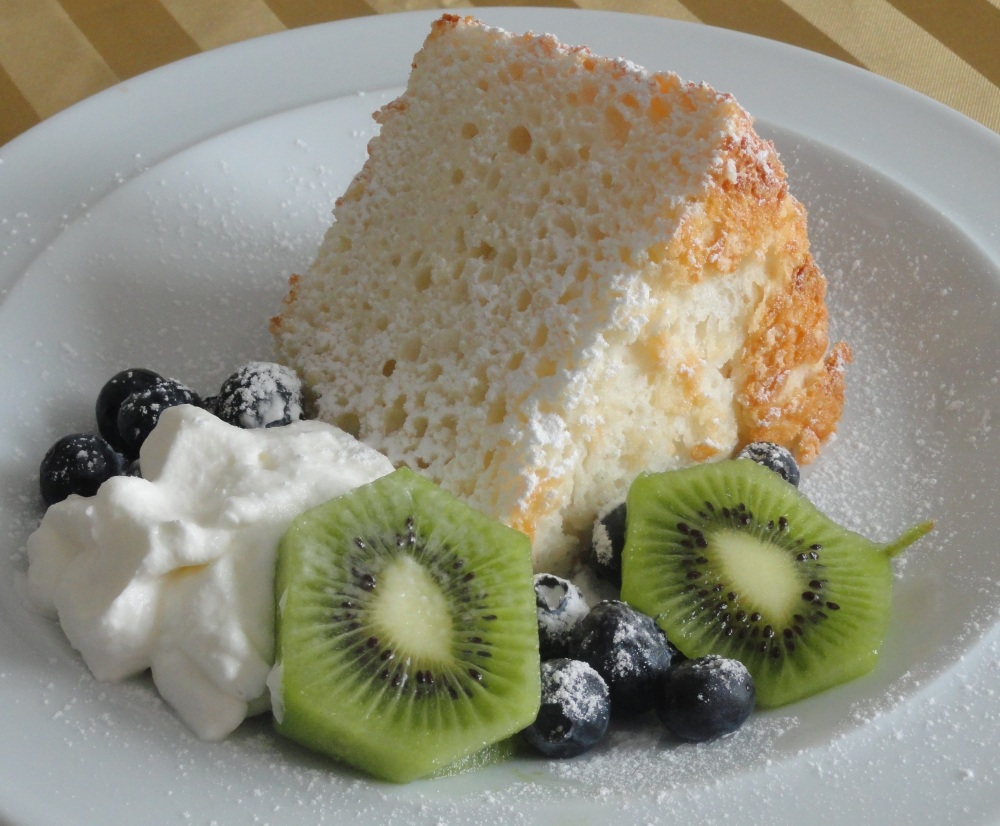 Making angel food cake from scratch has been a bit of a personal quest for me. My first attempt ended in dismal failure. I was so young and foolish back then; a young 21 year-old newlywed of barely two months trying to make a dessert to bring to dinner at my in-laws. I was feeling ambitious and decided I would try to make an angel food cake without using a box mix. I found a recipe and it seemed simple enough. False. I ended up with a 3 inch tall hockey puck and had to quickly scramble to the nearest bakery to pick up an already-made version. “I will try to make homemade angel food cake again,” I vowed to myself that day. It wasn’t until I was a more mature 23 that I tried to make the cake from scratch once more. This time I used a different recipe. A tried and true one from Baking Illustrated. “This should surely work,” I confidently thought. Wrong again. It turns out, the problem was me. I failed to properly beat the egg whites and the angel food cake came out dense and tough. After I finally learned how to properly beat egg whites, I was so timid that I didn’t mix the batter enough and there ended up being clumps of flour in the cake. It seemed as if it wasn’t meant to be. That is, until last spring. Hardened from several battles with this devilish cake, I rolled up my sleeves and gave it another go. This time the stars aligned and out of the oven came a tall, fluffy, and golden brown angel food cake. There may have been tears of joy involved.

My heart can rest easily knowing that I am now at peace with angel food cake and I no longer have to hold my breath while I’m making it. 🙂

1. Adjust an oven rack to the lower-middle position and preheat the oven to 325 degrees. Clean a 9-inch diameter ungreased large tube pan and set aside.

3. Beat the egg whites with an electric mixer just until broken up and beginning to foam. Add the cream of tartar and salt and beat at medium speed until the whites form soft, billowy mounds.

4. With the mixer still at medium, gradually at the remaining sugar, 1 tablespoon at time. Stop when the whites are glossy and form soft peaks.

5. Add in the vanilla, lemon juice, and almond extract and beat just until blended.

6. Place the flour-sugar mixture in a sifter over parchment or waxed paper. Sift the mixture over the whites, about 3 tablespoons at a time. 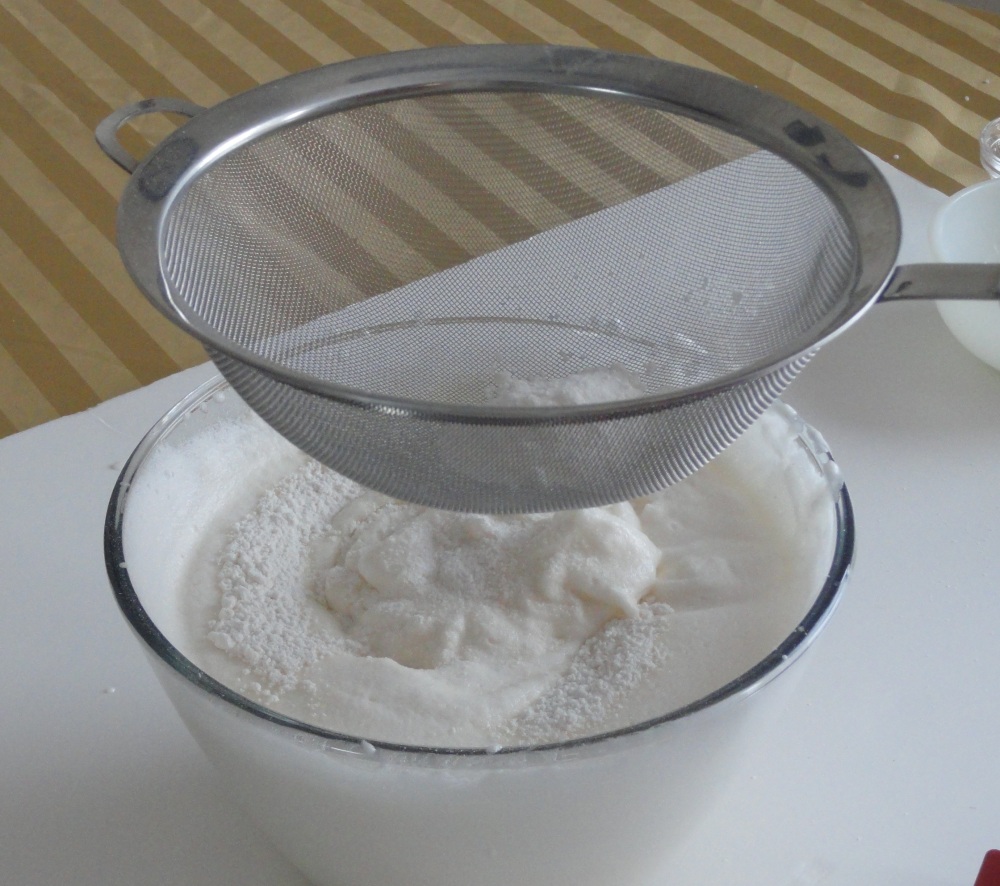 7. Gently fold in, using a large rubber spatula. Sift any of the flour-sugar mixture that falls onto the paper back into the whites. 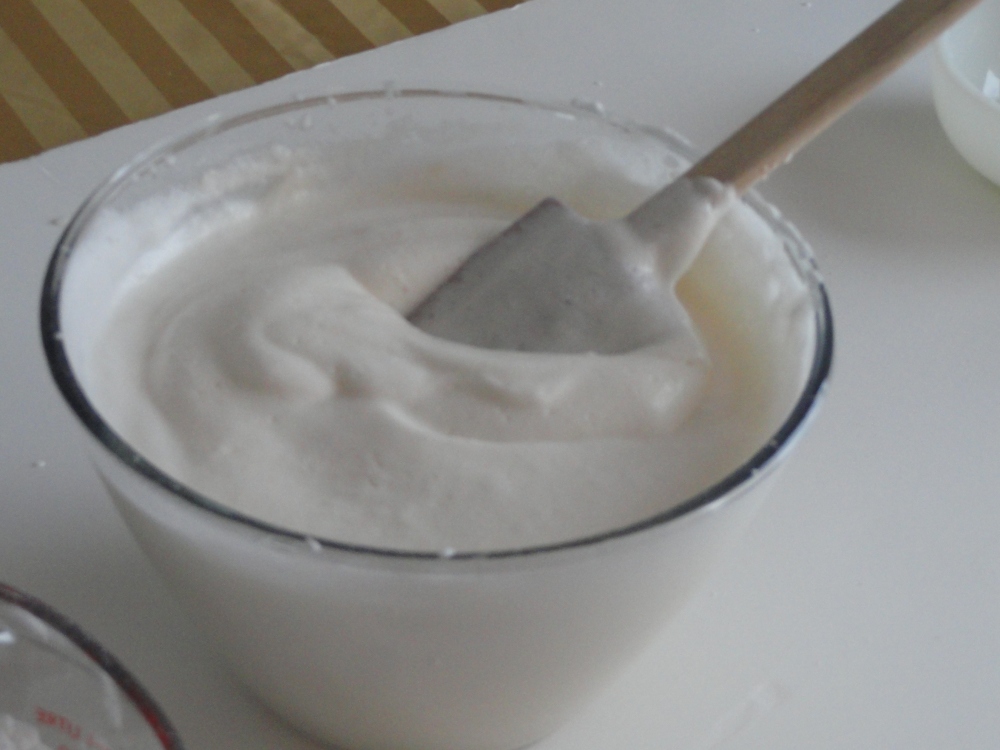 8. Carefully scrape the batter into the pan, smooth the top with a spatula, and tap the pan on the counter a few times to release any large air bubbles. 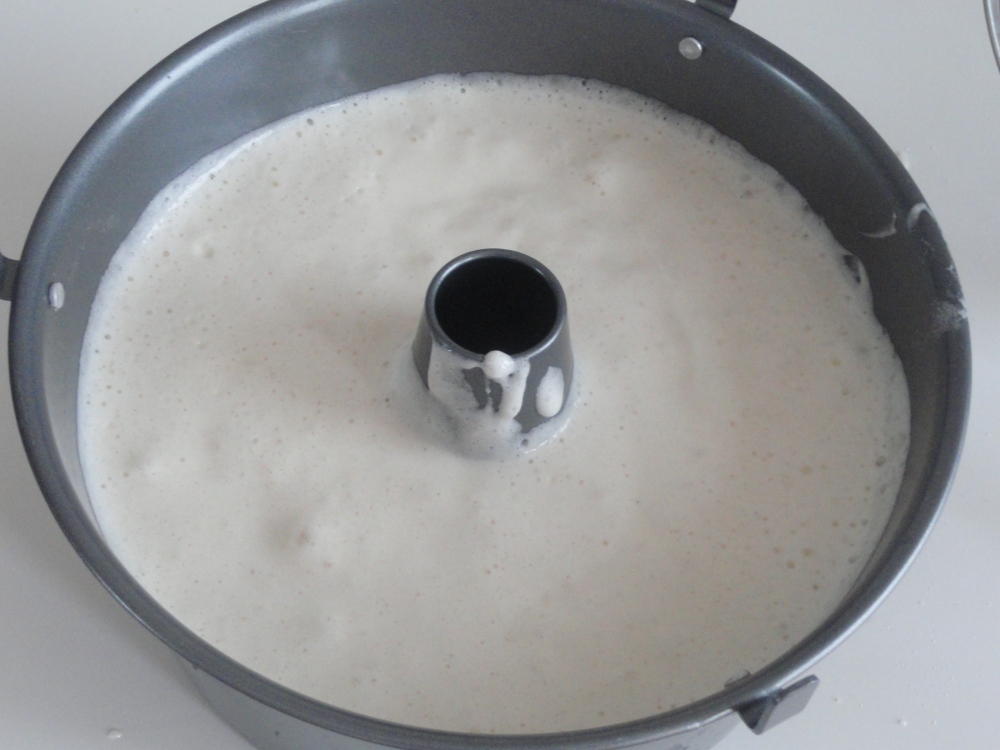 9. Bake until the cake is golden brown, and springs back when pressed firmly, about 50-60 minutes.

11. Run a knife around the edges of the pan. Slid the cake out of the pan and cut the same way around the removable pan. Store in an airtight container. 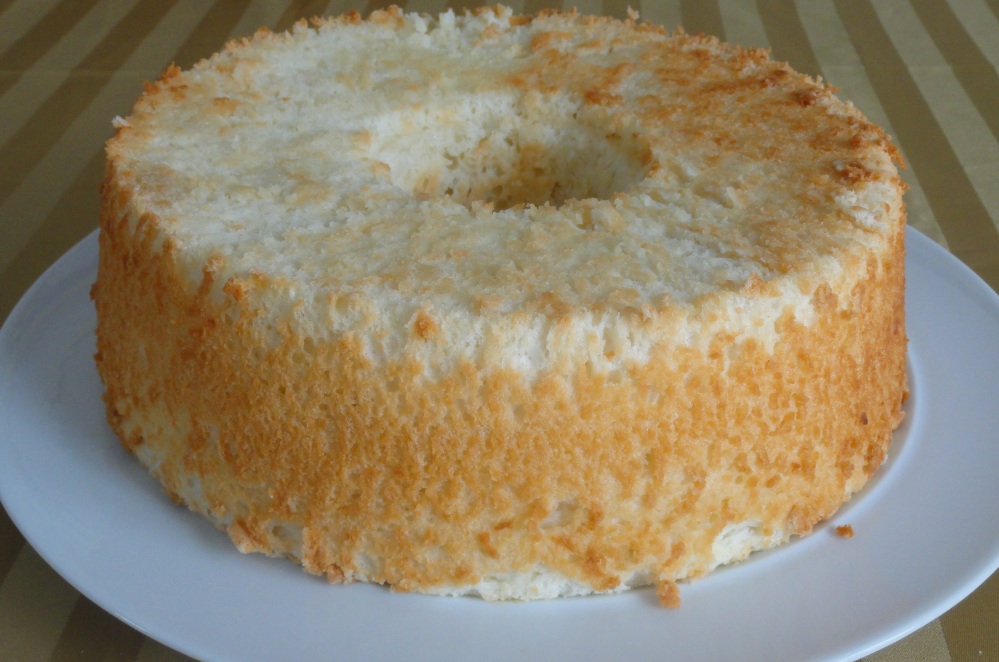